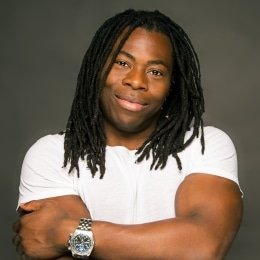 “We can all be superheroes, no matter who we are or where we’re from.”

Having survived polio as a 15-month old, Ade has since succeeded as a medal-winning sportsman and has built up a wealth of presenting and broadcasting experience. An instantly recognisable face, Ade has travelled the world for his work including the BBC’s internationally streamed Travel Show (2021), exploring the history and cultures behind the globe’s most enticing countries.

Named on the 2020 Powerlist of 100 most influential black British people, Ade is a truly inspiring speaker. Due to the discrimination he has faced as a Nigerian-born citizen and polio survivor, Ade is a compelling and inspirational anti-racism, anti-discrimination and disability speaker. 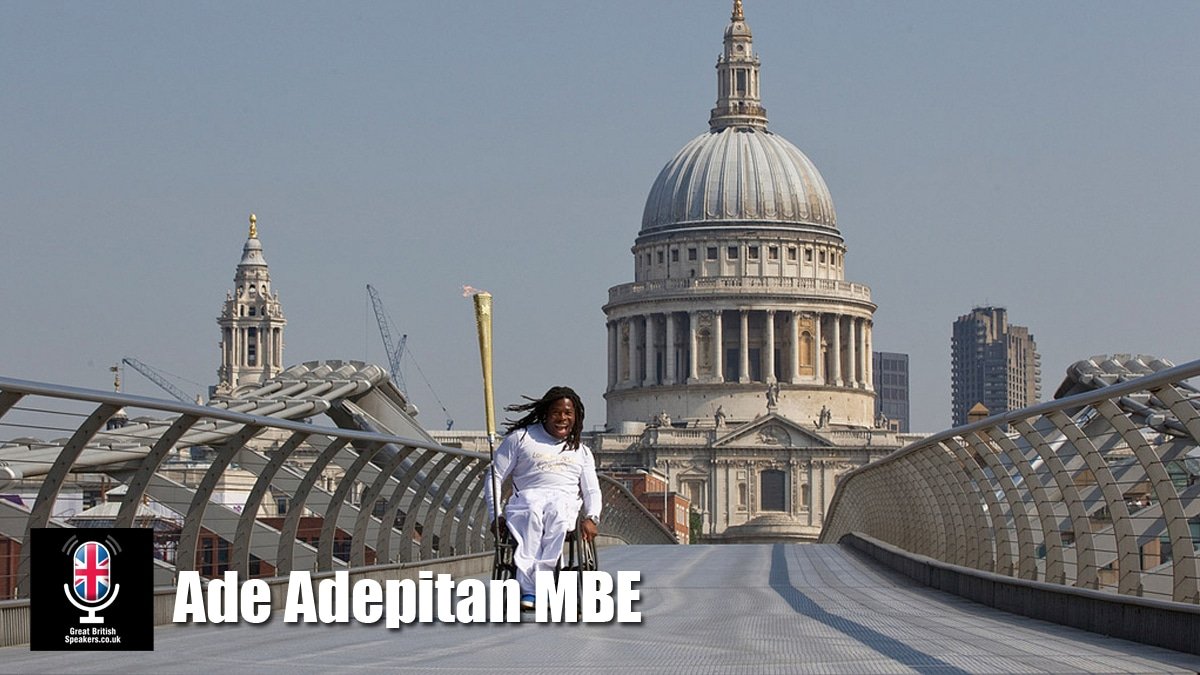 Never one to back down from a challenge, Ade Adepitan has hosted documentaries on a number of subjects including the UK benefit system in Dispatches (2016), Ade Adepitan: Journey of my Lifetime (2016) which saw him return to his birthplace of Nigeria to explore the continuing Polio endemic and Unreported World (2013-2019), where he explored the controversial gay scene in Jamaica and the illegal doping activity of Kenya’s athletes.

One of his first TV projects saw him take part in Beyond the Boundaries (2005), a series in which he trekked through rainforests, deserts, rivers and mountains in Nicaragua; in one episode he pilled himself to the summit of a 5,000 ft volcano – without his wheelchair. Continuing his passion for travel, Ade joined Great British Speaker Anita Rani and Dan Snow for New York: America’s Busiest City (2016), a three-part series for BBC2 which provided an insight into the transport links, local delicacies and landscapes the Big Apple has to offer. The series was so popular, it returned in 2017 as World’s Busiest Cities, this time visiting Hong Kong, Delhi, Mexico and Moscow.

2019 saw Ade front his very own BBC series, Africa With Ade Adepitan. The series documents his journey through the continent, visiting an array of contrasting countries within the continent to uncover how modern Africa is changing. In 2021 he presented Ade on the Frontline of Climate Change, an environmental travel show that outlined how life and the planet are being affected by climate change.

Not leaving his athletic career behind, Ade has hosted countless sporting events including co-hosting the BAFTA award-winning coverage of the 2012 Paralympics alongside Clare Balding, the 2014 Sochi Winter Games for Channel 4, the IPC Athletics, The Channel 4 Anniversary Games, Channel 5’s NBA coverage, The 2016 Invictus Games and the 2016 Rio Paralympics. Coinciding with the 2016 games, Ade co-hosted The Superhuman Show (2017) with Alex Brooker.

Ade’s personal sporting achievements include a bronze at the Athens Paralympics, silver in the European Championships and gold in the World Championships. In 2007 he completed the London Marathon in just over two and a half hours, and he now concentrates on wheelchair tennis.

Thanks to his achievements in sport, Ade received an MBE in 2005 and was awarded an Honorary Doctorate from Loughborough University in 2006 and again from the University of East London in 2010.

He continues to work with a number of charities including Amnesty International, UNICEF, NSPCC, Rotary International UK and Ireland, Right to Play, Go Kids Go, WheelPower and Comic Relief. In 2012, he opened the Ade Adepitan Short Break Centre, a community centre for young people with learning difficulties and physical disabilities.

Ade is also a very popular children’s author, having released (as of July 2022) four books surrounding stories of his own childhood of growing up in East London in the 80s, coming from a minority background and living with a disability.

He also published his autobiography, Ade Adepitan: A Paralympian’s Story in 2013.

Ade often engages in high-profile public speaking events, including at the launch of the 2012 Olympic bid. He works extensively in the UK giving motivational speeches to schools, charities and businesses.

He has spoken for some of the UK’s largest companies including BT, BUPA, Lloyds TSB and Royal Mail. He has also spoken at some high-profile events including at Westminster Abbey alongside Stephen Fry for the 2005 Holocaust Memorial, the 2020 Global Vaccine Summit, the 2021 Global Citizen Festival and at Children in Need’s annual appeal show.

Drawing upon his own courage, determination and wealth of experience, Ade is the perfect after-dinner or keynote speaker, event host or charity ambassador.

Ade was extremely amendable and relaxed – he gave us some fantastic quotes and a brilliant interview.
Tourism South East

Ade was absolutely fantastic and really connected with the audience. He was completely as I expected him to be after reading some of the bios on him on the internet, a really nice person and very down to earth with an interesting story to hear. The audience really enjoyed it, they had lots of questions to ask at the end and were still asking questions during the drinks reception after the talk which Ade seemed more than happy to respond to.
Herbert Smith Freehills

Funny, personal, raw and very emotional – there were a number of red eyes in the audience.
Lloyds Banking Group

Ade’s story was funny, engaging, moving and inspiring. Would highly recommend as an inspiring speaker in virtually any environment.
University of Gloucestershire

The audience was re-energised by your lively delivery and humour. Your message of channelling of personal potential did not go unheard.
Improvement and Development Agency 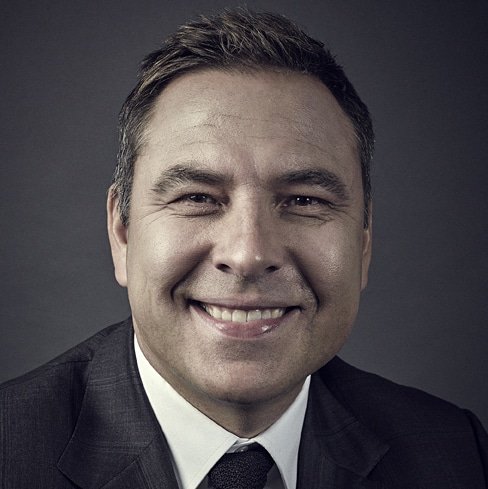 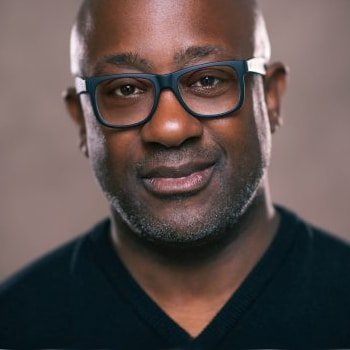 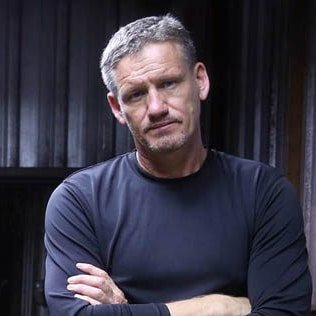 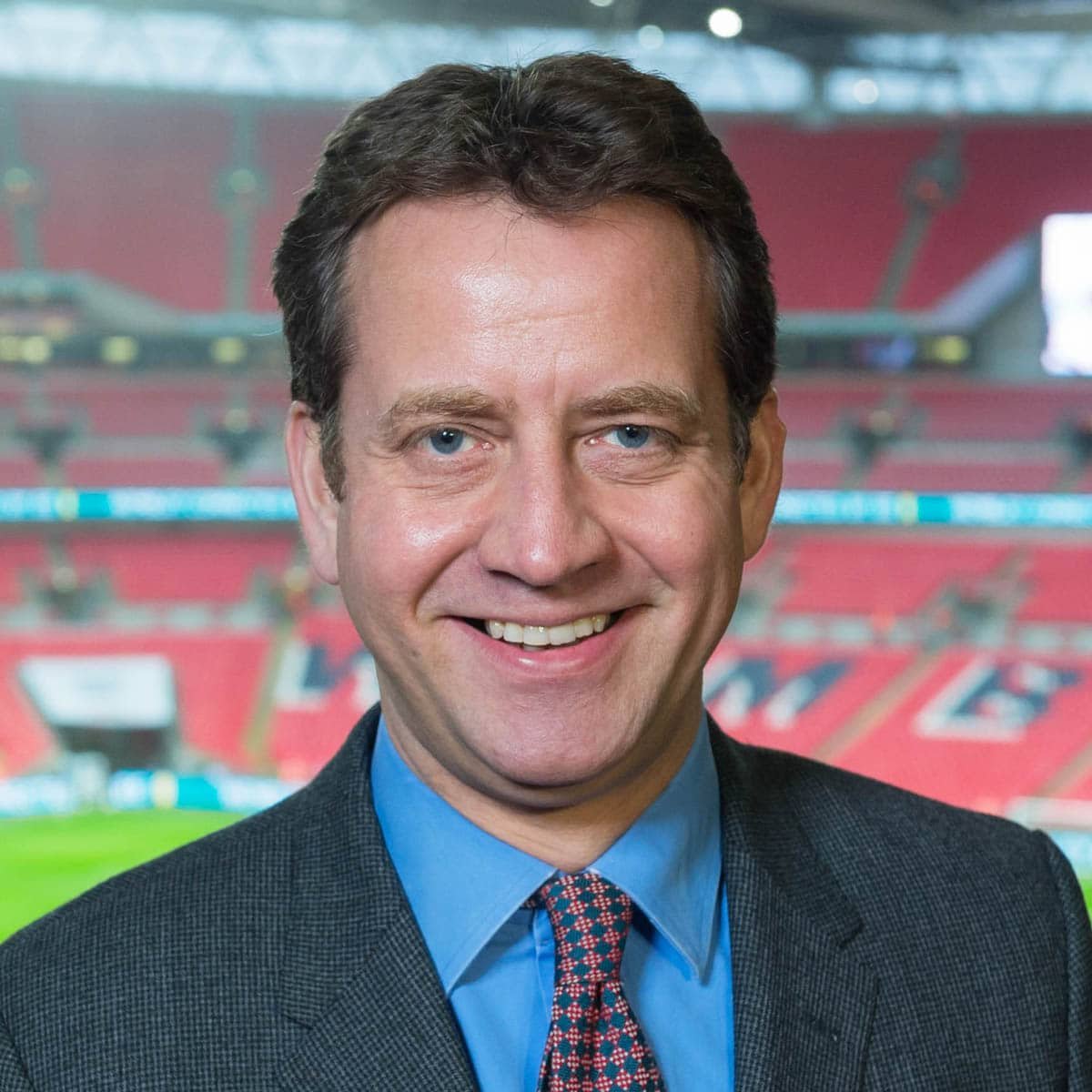